The Cool Factor of Zombies…

Normally we re-post a letter to the editor related to the vital issue of Zombie Voting Rights. Due to an unfortunate SqueeZ Cheese incident in the Crest Top Chronicle news office, Christian H. Smith is no longer allowed to operate technical equipment of any kind, and this week’s letter has been irretrievably lost.  We hope to resolve the situation quickly so that Crest Top community members can continue to make their voices heard across the “interwebby.” 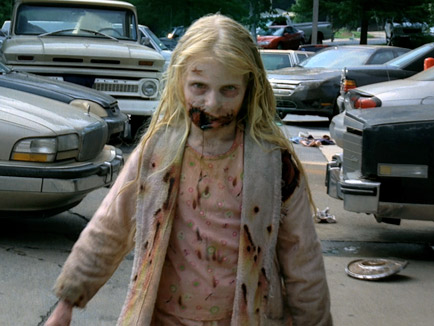 Who knew zombies were so dang popular?! I mean, everybody knows the kids love them some sparkly, broody vampires. But zombies? Zombies are kinda gross and are pretty much the opposite of sparkly. And not so much with the broody romance, since, y’know, missing body parts and corpse stank is kind of a turn off for most folks.

But here is something about the notion of the walking dead that seems to alternately freak out and fascinate people. Remember when zombies were just slow and creepy (White Zombie) instead of those badass super fast 28 Days Later zombies? Yeah, I don’t like those fast ones. Actually, I’m fairly certain that I wouldn’t want to run into either variety in a dark alley, or even a brightly lit grocery store with a fully loaded shotgun and tons of extra ammo. No sir. Not me.

I’m still trying to figure out how we ended up making a zombie flick – even one that has a hefty dose of comedy in it – when I can’t stand to sit through horror movies.  They scare the hell out of me. Just ask Andrew about the time we watched “The Silence of the Lambs.” On Fast Forward. With the sound on mute.  It took about 30 minutes and it was one of the longest half hours of my life.

But here we are, just a few weeks out from shooting, and I’m the one telling Penelope, “More blood! There must be serious blood spurtage! And head wounds, yeah, that’s the ticket!” So Penelope is dutifully whipping up a whole gallon of fake blood and working out some lovely, nasty SFX to try out. And we are both laughing like loons and having a great time.

« Who Wants To Be In A Movie? » Crewing Up for The Shoot!