We’re Goin’ to the Show! 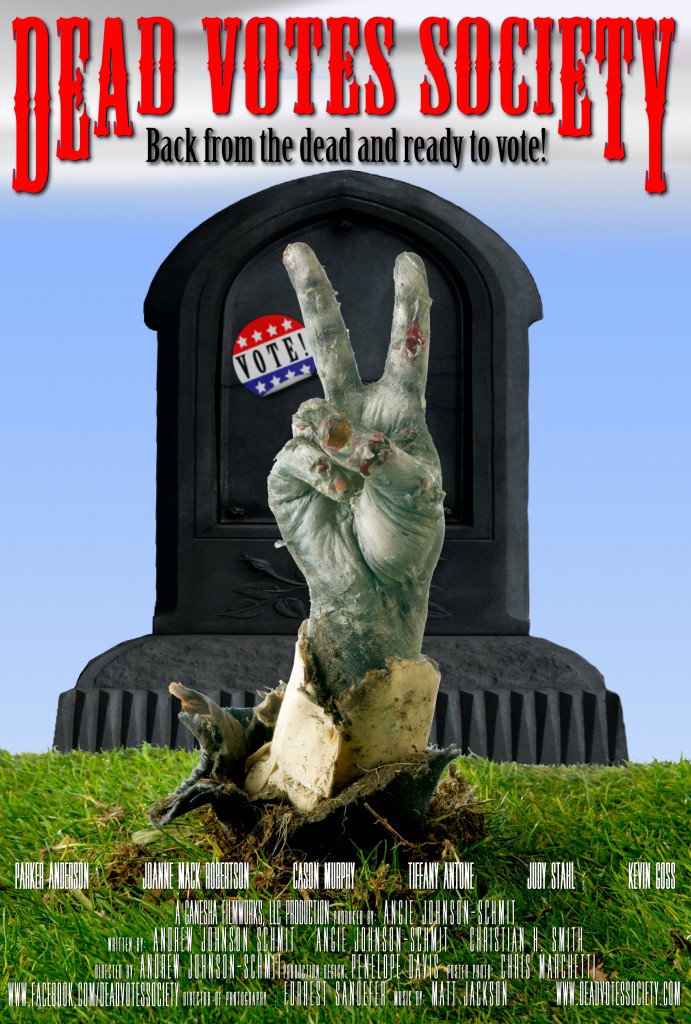 We are super excited to announce that Dead Votes Society will make its big screen debut at the 2013 Prescott Film Festival! There are still plenty of tweaks needed to make this lil’ zombie movie as awesome as it can be, but you’ll get a chance to see it for yourself in a few short months. Stay tuned for show time and date!