When Work Is Fun, Is it still Work? 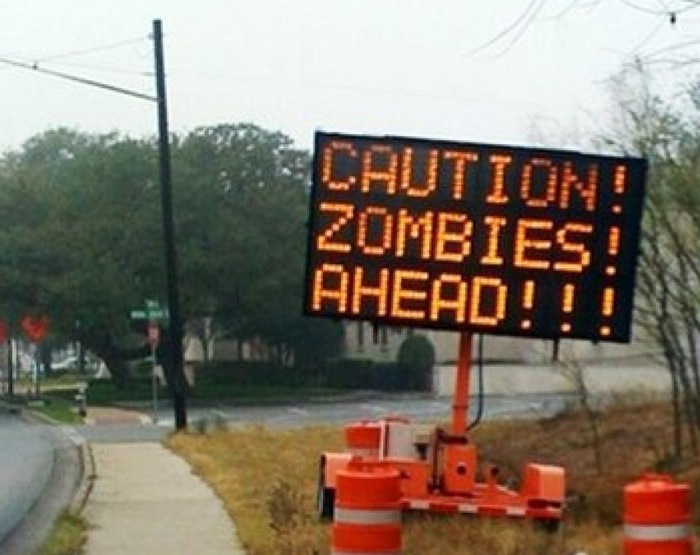 After a long “holiday” weekend filled with spread sheets, phone calls, emails, Facebook messages, playing with video cameras, spit-balling, story boarding and long, long talks with Andrew, I’ve come to the simple conclusion that making this lil’ zombie flick is a whole lotta work. The plus side is that I’m having a whole lotta fun.

When Andrew asked me to take on the producer job for this project, I had to ask him just what the hell a movie producer did. “Pretty much everything,” he said. He explained it in more depth, as he is wont to do, but that simple statement actually summed it up nicely.

Truthfully, I probably should have been a little more intimidated, but having helped out doing “pretty much everything” for the past 3 years for the Tsunami on the Square festival, I didn’t blink. Instead, I just thought, “Okay, I can do this.”

I’m not sure I expected just how much I would enjoy it. We’ve done plenty of other crazy ambitious projects in the past, but Dead Votes is just…different, somehow. Yes, coordinating availabilities for cast, crew, production peeps and locations is a bit like herding feral cats. And yes, there are still a million details to work out in the midst of all the other things in life that demand attention (like the amount of dog hair decorating my carpets or the mini-mountain of laundry that is currently occupying my bathroom), but, I don’t seem to mind all the work one teeny tiny bit.

Will this insanely positive attitude hold? Ask me again when we’re hip deep in zombies on the first day of shooting. But I bet ya a dollar I’ll still be loving every minute of it.